A source in the Presidency stated that Buhari was not happy with the APC in Bayelsa and Sylva over alleged pockets of violence during the rescheduled election in Southern Ijaw LGA. 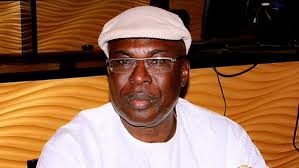 The source stated,” Mr. President is angry over the overwhelming criticism and condemnation of the process by international observers, who did not mince words in describing the poll as a rape of democracy.

“Some of the observers are already seeing the APC-led Federal Government as lacking the capacity to conduct a free, fair and credible election in a state as small as Bayelsa. What happened in Southern Ijaw was against every acceptable global democratic norm and practice.”