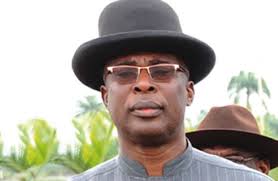 Johnny, in a statement, yesterday, in Warri, while reacting to threats by Asari Dokubo and some self acclaimed former warlords, said that if Sylva is declared winner, heaven will not fall as their threats should be disregarded.

The Ijaw leader said that APC and Sylva won the election overwhelmingly in the Southern Ijaw council, results of which gave APC and Sylva the highest votes cast in the December 5 and 6 governorship election in Bayelsa.

He pointed out that PDP was not an Ijaw party, noting that the former President, Dr. Goodluck Jonathan is a member of PDP who could not even execute and commission one single federal project in Bayelsa State and the Niger Delta in general, for over six years.

Politics ‘I am a father to all Bayelsans’ – Jonathan says during APC leaders visit – P.M. News