For Sale - One Bedroom Executive Flat - Lagos (NGN37m)
✅ NEW - car park, swimming pool, 24 hours light/security and more.
Ad
Uti Nwachukwu, Big Brother Africa winner and Nollywood actor was recently caught on camera as he posed with a male friend and a yet-to-be identified beauty queen, which would have been normal except for the fact that the beauty queen was visibly braless and had her left breast and nipple exposed in the picture.

Whether this was deliberate or a wardrobe malfunction however, remains to be seen as the image stands the risk of going viral.

Sources have affirmed that the lady in question is a beauty queen while being apparently busty enough to have her boobs strain against her dress further heightened the weight of buzz the image has generated.

While some have argued that it was a candid case of wardrobe malfunction as her dress must have been torn by something, others hold the opinion that was was aware of her exposed breast. 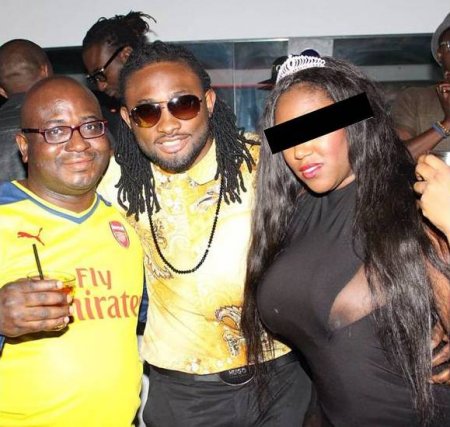