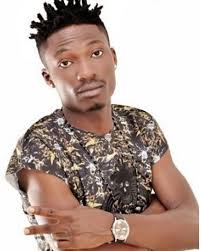 In a chat with Saturday Beats during the presentation of his car as the winner of the show, Efe said he is scared of going to Port Harcourt primarily because of Marvis, his girlfriend in the house.

Efe said, “I only kissed Marvis because that was the only thing I wanted to do. I respect women and I cannot afford to be fooling around with them. For me, kissing shows a little bit of emotion but if it goes beyond that, it means we are taking it to another level and that is why I did not go beyond that. I admitted in the house that I like her but I always knew that it would only last within the house because she has a boyfriend. At first, I thought she was not serious when she said she had a boyfriend but when she said she was serious, I had to be cool.

“I cannot go to Port Harcourt because that is where she is based. We all know how her father is, so I have no intentions of going to Port Harcourt or going close to the place. I don’t have a girlfriend. My priorities are different and I am not moved by women but that does not mean I am gay. Never.”
A

That cant be the reason...

For your mind eeh
D

Are you afraid of Marvis's father or the boyfriend?
U

I believe you bro
B

It always good to say the truth...good one bro

K
Entertainment BBNaija 2021: I flew from Port Harcourt to Lagos to break up with my girlfriend – Saga – Pulse News

Sep 14, 2021
Kayode Israel
K
E
Entertainment Boma and I didn't have sex but it was wrong as a married woman to be kissing - Tega apologizes for her behaviour in the Big Brother Naija reality show

Oct 11, 2021
ese
E
K
Entertainment BBNaija: Why I picked you as one of the two to be evicted – Maria to JMK [VIDEO] – Daily Post Nigeria