The BringBackOurGirls group had stated that it had with the help of the Kibaku Area Development Association, representatives of the Chibok community in Abuja has succeeded in matching the names of 21 rescued girls with their position on its existing list.

In a press statement signed by leaders of the group, Dr Oby Ezekwesili and Aisha Yesufu listed the names and position of in its list are; 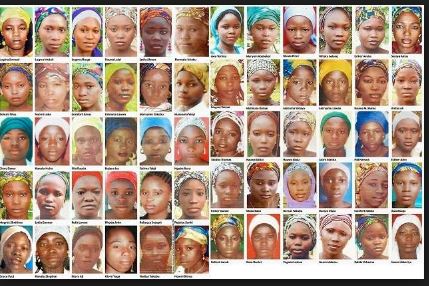 The group on a statement further explained;

The group commended President Muhammadu Buhari, for providing the leadership that led to the successful rescue and the resilience of the military whose daily sacrifices provided the environment for this to succeed.

The group also called for immediate commencement of the program for the physical, mental, emotional and social recovery process of the rescued girls adding that it will support the Federal and Borno State Government in doing so.
Share:
Facebook Twitter Reddit WhatsApp Email Link
[2255]
Show hidden low quality content