Curators
For Sale - One Bedroom Executive Flat - Lagos (NGN37m)
✅ NEW - car park, swimming pool, 24 hours light/security and more.
Ad
Not less than 30 bodies of killed indigenes and residents, including that of the secretary of the All Progressives Congress (APC) in Buruku local government area, Mr Ter Ashirga, have been recovered. 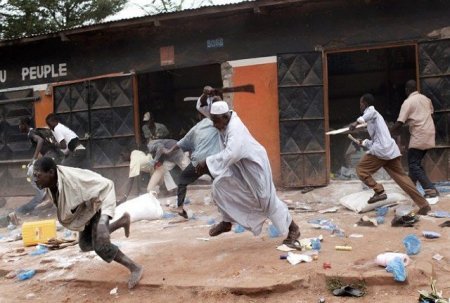 The dead, according to the New Telegraph, include a tax collector and four refugees.

They were allegedly killed on Sunday at Abuku, a crossing point on River Buruku, and dumped at the bank of the river.

The APC chieftain was allegedly murdered when the Fulani herdsmen stormed his village at Mbagbaan, Tombo in Buruku. The report said he was shot alongside some of his kinsmen.

After his death, the village was razed down making many inhabitants to flee leaving their farmlands. After the attack, the herdsmen reportedly brought their cattle into the farmland to eat up what was left.

It was learnt that over 3,000 houses were deserted with the inhabitants leaving their properties and foodstuff.

The report said those who fled the troubled area are now camped in Gboko, the traditional headquarters of the Tiv nation, and Katsina-Ala, as refugees.