For Sale - One Bedroom Executive Flat - Lagos (NGN37m)
✅ NEW - car park, swimming pool, 24 hours light/security and more.
Ad
As we eat and dine for Christmas, we should also be caution of our health as well as what we eat and take during this period.

Here is a report on meat that has been fattened with hormones and genetically modified feeds.

One of such meat is chicken. Nutritionists say that when it comes to buying a healthy chicken, it is better to buy organic farm animals.

Organic or free-ranged animals are fed only with naturally grown feed and plant sources. Also, organic animals cannot be given hormones or medical pills. These animals are treated differently from factory-farmed animals.

Organic farm animals include cows, pigs, chickens, and turkey that are fed only grass and other organic feeds. Nutritionists say that such meat reduces ones risk of food poisoning and infections. 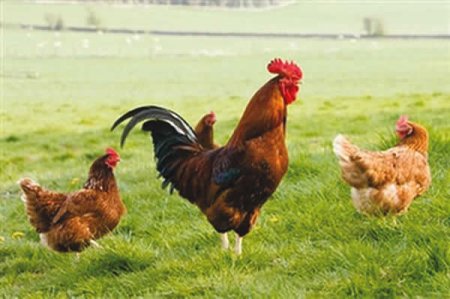 According to them, organic animals are usually very healthy because they are fed with naturally grown foods.

Explaining why they are better than factory-reared animals, nutritionist and dietician, Dr. Segun Alonge, says that since free-ranged chickens are not fed with antibiotics, artificial hormones, or the bovine human growth hormone, otherwise known as rbGH, and they do not eat genetically modified foods nor have their genes modified, they contain natural nutrients that are safe for the body.

He adds, “It’s not filled with toxins, chemicals, and drugs. All meat contains fat. And much like your body, fat on animals is where toxins are stored. Hence, growth hormones and antibiotics fed to cows and chickens end up in their fat.

“Eating organic meat and poultry decreases your risk of being exposed to residues of pesticides and synthetic chemicals, such as DDT, PCBs, dioxin, and more, which end up concentrated in animal fat. Such chemicals can contribute to a number of health problems, including excess weight gain and other infections.”

It states,“ Omega-3s are called “good fats” because they play a vital role in every cell and system in your body.

For example, of all the fats, they are the most heart-friendly. People who have ample amounts of omega-3s in their diets are less likely to have high blood pressure or an irregular heartbeat.

The ANS notes that since organic animals are reared under ethical and conducive conditions, their meat is less likely to be infected when compared to infection rates in factory-raised animals.

“Factory-farmed animals live in feedlots that prevent normal growth and development. Infections spread faster among animals that are grown in a caged environment. The chances of spreading infections in organically raised animals is minimal because they get to experience the outdoors grazing on grass and wandering freely on the farm,” it adds.

Factory-farmed animals could also make you sick. Alonge states that to reduce your chances of contracting food-borne diseases through meat, buy and eat organic animals.

He says that many farmers fed factory-reared animals with remains of other animals that died of infections.

He says,“ If you eat the meat of a cow that has been fed with the carcass of another cow that died of mad cow disease. You can also contract the disease when you consume such meat. Factory-reared chicken have significantly contributed to E.coli and salmonella infections in humans.