The group made this known in a statement issued on Thursday by Emma Powerful, its spokesman.

It said the radio service would act as an unbiased informative platform to take the “message of liberation to the oppressed” indigenous northerners.

IPOB added that the maiden daily broadcast would hit the airwaves on Saturday, January, 6, at 7pm Nigerian time. 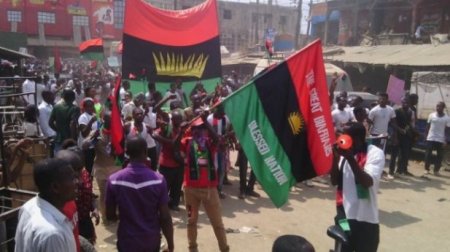 It added that those “deluding themselves” with the notion that IPOB has been weakened because of the absence of Nnamdi Kanu, its leader, “are in for an almighty shock”.

“This move today is the beginning of a mass revolution against our oppressors that will spread outside the borders of Biafraland.

“Every Hausa speaking northerner is advised to tune into 15110 KHz every night at 7PM, starting from this Saturday 6 January 2018, to be educated in order to be liberated.”

Metro ‘No Amount Of Intimidation Can Stop Biafra’- IPOB – Naijaloaded