Private schools in the country, including Covenant and Landmark universities, owned by the church are often criticised for being too expensive for average Nigerians to afford.

But Oyedepo highlighted some of the church’s humanitarian programmes which include providing scholarships and bursary awards to assist students.

“I’m sure we all agree that education is expensive. Education carries cost; nothing of value is free. Our mission for years long, before we started any university or secondary school, was a bursary awarding church and we have not stopped doing that till tomorrow.”

“Our problem most of the time is priority; an average Nigerian can spend N1m on burial but to spend N200,000 on education (is a problem), because of wrong priority.

“On a yearly basis, we have N1.5trn that Nigerians spend to overseas universities, so people thrive on it. Nigerians spend N463bn a month on recharge cards, how much are they paying for schools fees? So it’s all a matter of priority. This is the largest market for telephone in the world. Now, to pay N500,000, some people have only one son, they have huge business and houses all over the places, they will never pay it.”

“My understanding of opposition, persecution is simply someone’s opinion harshly expressed. Everybody has a right to his opinion. Today, millions follow after Christ but you will be surprised that when you get to Israel some people do not believe that Christ has come.

“People have rights to their opinions. I naturally don’t feel it’s necessary (to respond). The energy I would need to react, I can use it to make moves. I have enough to think about than start running after a man who says you are a fool.

“I’ve also come to understand that those who make news hardly watch them, they are so busy making news while others are busy watching.”

At age 27, in 1981, Oyedepo started his ministry in Ilorin, Kwara State and sited his first church two years later in Kaduna State. 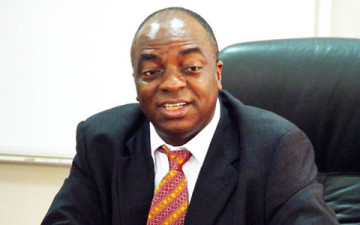