Curators
FREE Nigerian Business Directory
✅ NEW - get your business listed and your information shared across social media.
Ad
It was harvest of tears on Thursday in the Ipakodo, Ikorodu area of Lagos State, after some gunmen invaded a house and murdered a man and his two sons. 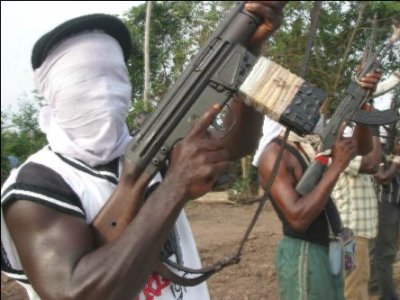 The suspects, who killed the man identified as Celestine Nwokoye, and his sons, also shot his wife and his two daughters, who are battling for their lives at the moment.

The wife and the injured daughters were said to have been rushed to the Ikorodu General Hospital, where they are currently receiving treatment, Punch reports.

A resident of Ebute, who visited the scene, but did not want his name in print, said the attackers were suspected to assassins.

However, a landlord, identified only as Abimbola, told newsmen that the attackers could also be suspected rapists, known popularly in the area as Badoo, who had been terrorising and attacking residents.

The Lagos State Police Public Relations Officer, SP Dolapo Badmos, who confirmed the deaths, added that command had got some leads on the incident, and investigation was ongoing.