More than 40 Boko Haram insurgents have been killed in Borno State within the last 72 hours in three fierce encounters with soldiers.

Eleven soldiers are believed to have lost their lives in the battles and another one at Shindig.

Three others are reported missing while 15 are receiving medical treatment.

Military sources said the figures were arrived at after mopping up operations in Konduga, Damboa and Benisheik which was the scene of a brutal attack by Boko Haram a year this month. The figures could not be independently confirmed.

Benishek lies to the west of Maiduguri along the Damaturu road.

Terrorists have been trying to invade the state capital through that part and the eastern flank of the city. 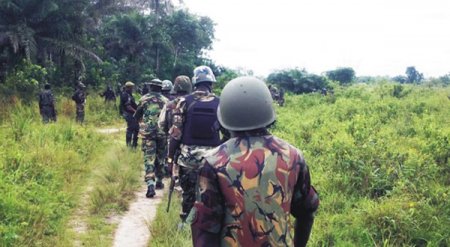