For Sale - One Bedroom Executive Flat - Lagos (NGN37m)
✅ NEW - car park, swimming pool, 24 hours light/security and more.
Ad
The self-acclaimed Sec.gen of the Boko Haram sect, Mallam Danladi Ahmadu has announced that the negotiations between the body and the Federal government have been largely fruitful.

He noted that the fnal meeting between the sect and the Federal government to seal the agreement will hold on Monday in Ndjamena, Chad. The meeting will be overseen by the Chadian President, Idriss Derby.

#Vanguard reports:
Danladi Ahmadu, who spoke in the Hausa service of the Voice of America VoA on Friday and monitored in Yola affirmed that the Chibok Girls would surely be released on Monday to the Chadian President, Idriss Derby for onward presentation to the Nigerian government.

He added that an enlarged meeting of the group has been fixed for the weekend to prepare ground for the Monday meeting with the Federal government, affirming that the final ceasefire and the release of the Chibok girls are promises that will surely be fulfilled by the group.

Ahmadu also disclosed to VoA that the group and the Federal government are in close consultations over arrangements for the Monday meeting in Chad. 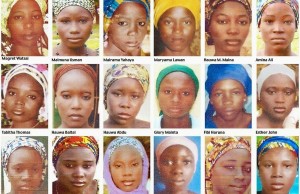