National Chairman of the Peoples Democratic Party, Alhaji Bamanga Tukur, has said members of the Islamic sect, Boko Haram, are fighting for justice.

According to him, many Nigerians feel aggrieved and seek various means of airing their grievances.

Tukur, who spoke in Abuja on Tuesday when he received members of the party from Gombe State, said there must be justice in the country for peace to reign. He however regretted that the activities of the sect were preventing some northerners from travelling to their home states. 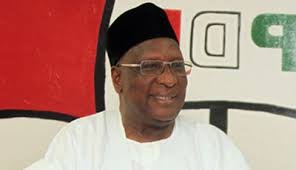