A top police officer who confirmed the attack said the Yobe state Commissioner of Police, Zannah Ibrahim had since rushed to the scene of the attack to assess the extent of havoc wrecked on the town. 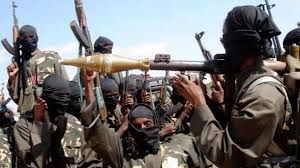 The town which currently lacks basic amenities and telecom services due to militants incessant vandalism was again raided on Wednesday, October 28.

Mallam Sule Yaji, a resident who spoke to newsmen in Damaturu, said: “They stormed the town chanting ‘Allahu Akbar’ as locals took to their heels into the bushes for safety.”


- Naij
You must log in or register to reply here.