FREE Nigerian Business Directory
✅ NEW - get your business listed and your information shared across social media.
Ad
Boko Haram’s leader Abubakar Shekau has been injured and one of his deputies killed in an air strike in northeast Nigeria, civilian and security sources told AFP on Wednesday.

Two Nigerian Air Force jets bombarded fighters who had gathered for prayers in Balla village, some 40 kilometres (25 miles) from Damboa, on the edge of the Sambisa Forest, last Friday.

“Shekau was wounded in the bombings and is believed to be receiving treatment near the Nigerian border with Cameroon around Kolofata,” said one source with contacts within Boko Haram.

“His deputy, Abba Mustapha, alias Malam Abba, was killed in the attack along with another key lieutenant, Abubakar Gashua, alias Abu Aisha,” he added. 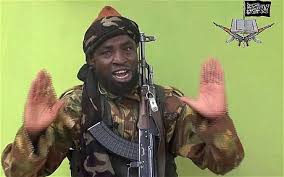 Babakura Kolo, a member of the civilian militia in the Borno state capital, Maiduguri, gave a similar account, saying “Shekau was injured and a number of commanders were killed.

“Among them is his deputy called Malam Abba. They suffered heavy casualties because the bombings targeted a large gathering of his followers attending Friday prayers.”

There was no immediate comment from the Nigerian military when contacted by AFP. The authorities have previously claimed to have killed Shekau on at least three occasions.

What does it take our military to burn or mow down Kolofata and bring Sekarau dead or alive?
M

kayode ajayi said:
What does it take our military to burn or mow down Kolofata and bring Sekarau dead or alive?
Click to expand...

kayode ajayi said:
What does it take our military to burn or mow down Kolofata and bring Sekarau dead or alive?
Click to expand...

It takes them nothing, only and if... saboteurs are out of the system.