Ever since the Amnesty International report portraying the Nigerian military as inhumane and killing indiscriminately in the North-east, Western countries reportedly stopped selling arms to Nigeria on principle.

Nigeria's Minister of Finance, Okonjo-Iweala on Tuesday has told journalists in Adamawa that the country has now received military equipment to tilt the war against insurgency in the nation's favor.

Her words: “New military equipment purchased by the government has arrived. We are hopeful that the insurgency would soon be crushed. We are investing heavily in the war against Boko Haram and we are hopeful it will translate to victory”.

According to her, it was a testimony to the military's proficiency that the Boko Haram militants were thwarted at Konduga, and that with the right support, Nigeria's soldiers would come through for the nation.

The source of Nigeria's new weapon delivery wasn't mentioned, but going by earlier reports, it is likely that they were sold by Russian weapon suppliers.

It was earlier alleged that USA had blocked Nigeria's plans to purchase fighter jets from Israel, a move which, the Nigerian government said, forced the nation into the ongoing $9.3m illegal arms deal. 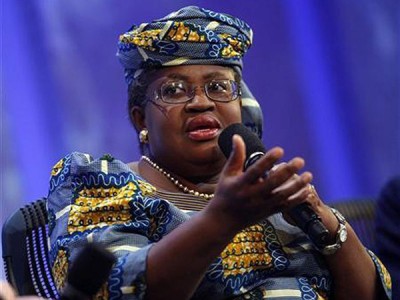