For Sale - One Bedroom Executive Flat - Lagos (NGN37m)
✅ NEW - car park, swimming pool, 24 hours light/security and more.
Ad
Leadership newspaper reports that a rather intense battle between the Boko Haram insurgents and Nigerian troops resulted in the deaths of over 100 insurgents in Northern Adamawa.

Reports indicate that about 100 insurgents have been killed in the latest offensive as Nigerian troops forced the terrorists out of Michika town which had been under their bloody grip for close to a month.

The Nigerian troops are reportedly advancing towards Gulak in consolidation of the successes they have recorded but the insurgents were reported to have regrouped and launched an offensive against them, leading to the fierce battle between the two sides.

A source in Michika said Nigerian troops had entered the town following a phenomenal success they recorded against the insurgents who suffered severe casualties, forcing the surviving ones beat a retreat. 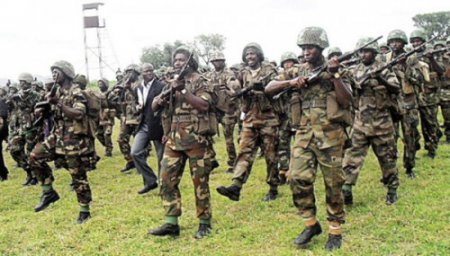