Jonathan and the other leaders are expected to review ongoing collaboration against terrorism, Dr Reuben Abati, the Special Adviser on Media and Publicity to the President, said in a statement.

The statement said the leaders would agree on further joint action to curb terrorism and insurgency within and across their national boundaries.

It recalled that Jonathan and the leaders of Niger, Chad, Cameroon and Benin Republic resolved to intensify joint efforts against terrorism and violent extremism at a meeting in Paris in May.

"The Paris summit was hosted by President Francois Hollande of France in the aftermath of the dastardly abduction of the Chibok schoolgirls.

"There, Jonathan and neighbouring heads of state and government also agreed to establish joint anti-terrorism patrols.

"They also resolved to set up a system of sharing intelligence to support operations against terrorists and other cross-border criminals.

"The leaders likewise agreed to create a dedicated team to draw up and advise on the implementation of a regional counter-terrorism strategy under the framework of the Lake Chad Basin Commission.

"Benin Republic, which participated in the Paris summit but is not a member of the Lake Chad Basin Commission, has been invited to the Niamey talks," the statement said.

The commission was jointly established by Nigeria, Chad, Niger and Cameroon in 1964.

It was charged with sustainably and equitably managing shared water resources of the Lake Chad Basin and promoting regional integration, peace and security across the basin.

Jonathan will be accompanied by the Minister of Foreign Affairs, Mr Aminu Wali; the Minister of State for Defence, Mr Musiliu Obanikoro; the Chief of Defence Staff, Air Chief Marshall Alex Barde and other senior government officials 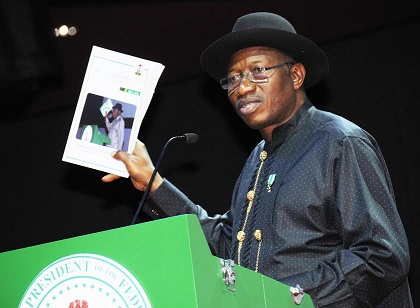