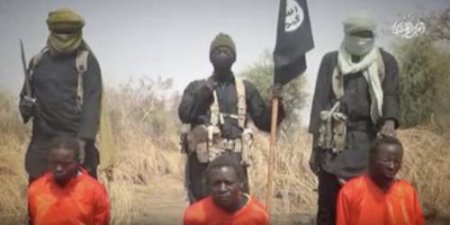 According to SAHARA REPORTERS, the video which rendered in Hausa and Arabic is about 7-minutes long. The high point of the video was the summary execution of three persons reportedly recruited by Nigeria’s Directorate of Military Intelligence to infiltrate the group.

Boko Haram also showed off its high tech weapons during the video and said the group was still within a territory in Nigeria that the Nigerian army could not recapture.
O

May God Help us all
N

They feel they have power but God pass dem