Curators
According to reports on Daily Trust quoting from a statement given by the SSS spokesperson Marilyn Ogar at a press conference in Abuja, the SSS will invite former Borno State Governor Modu-Sheriff for questioning over the allegations made by the Australian negotiator Dr. Stephen Davis. She also cleared General Azubuike Ihejirika.

The Department of State Security Service (SSS) yesterday absolved the former Chief of Army Staff, Lieutenant-General Azubuike Ihejirika (rtd) of allegation of being one of the sponsors of the Boko Haram terrorist sect. He, along with ex-governor of Borno State Ali Modu-Sheriff were recently accused of being sponsors of the Boko Haram terrorist group by Australian hostage negotiator Dr. Stephen Davis in recent media reports.
The spokesperson of the SSS, Marilyn Ogar at a press conference in Abuja exonerated Ihejirika of the allegations, but disclosed that Modu-Sheriff will be invited for more questioning on his involvement with the terrorist group.

According to Ogar: “I would want to say here that it is absolutely uncharitable for us as Nigerians to reward somebody who laid down his life in pursuing these same people, for us to accept that he can in anyway be associated as sponsoring the same sect.” 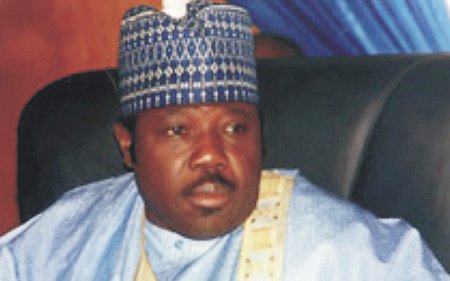