FREE Nigerian Business Directory
✅ NEW - get your business listed and your information shared across social media.
Ad
Six soldiers from Niger’s army were killed in an ambush by Boko Haram militants, the country’s interior minister said.

The attack happened near the town of Diffa close to the border with Nigeria early on Wednesday.

In the latest attack, three other soldiers were wounded. Niger’s military deployed aircraft to try and track those responsible soon afterwards. 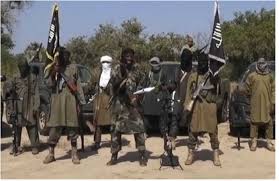 Niger’s President Mahamadou Issoufou has been praised in the West for rallying neighbouring countries to fight Boko Haram.

Last wednesday, the country’s constitutional court confirmed the result of the second round of presidential elections, which saw Issoufou re-elected with more than 92% of the vote, a result the opposition dismissed, BBC reports.

Issoufou will be sworn in on Saturday.