According to DailyTrust, the incident happened on Tuesday around 11:00 pm when the attackers set ablaze houses and shot indiscriminately at people trying to escape the burning flames. 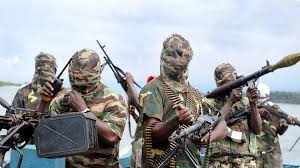 “The gunmen came midnight after 11:45pm, set ablaze our houses and opened fire on the people trying to escape. They chased people on horses and open fire on them,” A vigilante, who doesn’t want to be named revealed.

The medical Director, Sani Abatcha Specialist Hospital Damaturu, Dr. Garba Fika confirmed that the attacked victims were brought to the Hospital, “And, they are responding to free treatment,” he said


- DailyTrust
You must log in or register to reply here.