The terrorists first stormed the remote villages of Abachari, Kote, Uda Lawanti and Wokilli, all in the Nganzi Local Government Area of Borno State, around 9:30 p.m., killing 15 people and leaving many wounded.

A source who is a civilian member of the Joint Task Force (JTF) said the besieged villagers came to the local vigilante group in Nganzi town. He said the vigilante group then mobilized its members to visit the affected villages on Friday morning, adding that the dead bodies had been brought to Nganzi for burial. 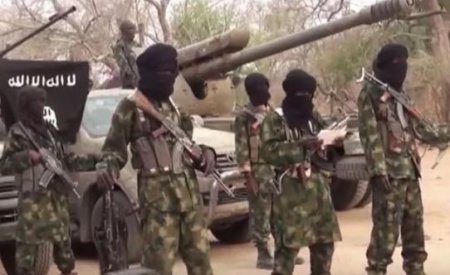 A military source corroborated the account. “The Boko Haram fighters burnt down the villages. They looted livestock and grains. Nothing was left in the villages. Some of the lucky ones are now taking refuge in Nganzi,” said the source.

In a related development, the suspected Boko Haram terrorists also invaded Mallam Moduri and Kijimatari, two villages in Guzamala Local Government Area, about 2 a.m. on Thursday. A security source disclosed that at least 12 persons were killed and dozens wounded in the two communities.
You must log in or register to reply here.