Curators
For Sale - One Bedroom Executive Flat - Lagos (NGN37m)
✅ NEW - car park, swimming pool, 24 hours light/security and more.
Ad
Organizers of the Best of Nollywood Awards, BON, have announced that this year’s awards ceremony will hold in Abia State on the 10th of December. 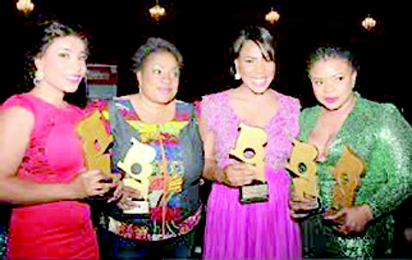 While accepting the hosting rights from the BON Awards organizing committee and a sprinkling of actors including Walter Anga, Yomi Fash Lanso, Rex Nosa and Tayo Sobola, governor, Okezie Ikpeazu, expressed his delight that Abia State was considered worthy to host this year’s BON awards.

Ikpeazu said, Nigeria used to receive a lot of flaks from the outside world but, “In the last couple of years, we now receive considerable buffer from Nollywood.

The executive producer, Seun Oloketuyi, thanked the governor for agreeing to host the event, saying, “The Best of Nollywood Awards was created in 2009 as a veritable premium platform to honour the enterprise and ingenuity of stars and stakeholders of the Nigerian movie industry otherwise known as Nollywood.