Metro Borno Blast: What We Know So Far 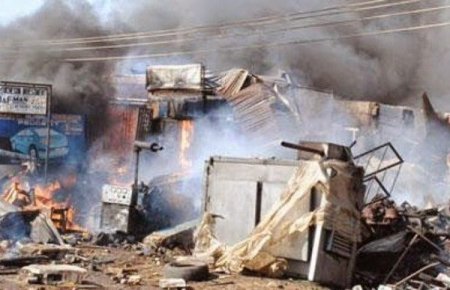 - Two female suicide bombers reportedly detonated their strapped explosives at about 7:00am local time on Wednesday

- According to Channels Television, unidentified number of persons were also injured.

- No group has claimed responsibility for the attack, but the Boko Haram is largely suspected.

- The terrorist group, Boko Haram has carried out such attacks in the region in the past.

More update later...
You must log in or register to reply here.