FREE Nigerian Business Directory
✅ NEW - get your business listed and your information shared across social media.
Ad
The former secretary general of the UN, Boutros Boutros-Ghali has died aged 93.

His death was confirmed by Rafael Dario Ramirez Carreno, the Venezuelan ambassador to the UN and current president of the UN Security Council. 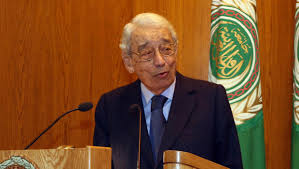 As an Egyptian, Mr Boutros-Ghali was the first Arab to serve as UN chief.

He took office in 1992 at a time of increasing influence for the world body following its decisive role in the Gulf War, serving one five-year term.