The group on its social media account said: “We have seen reports of 21 #ChibokGirls released but are yet to confirm. This will be extremely happy news if true. We are monitoring”. 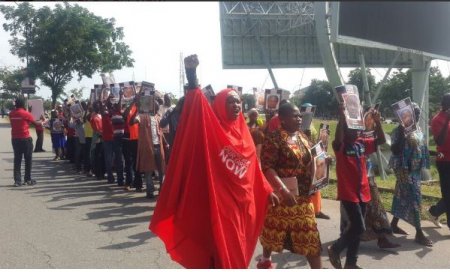 A senior government official in Nigeria has told the BBC that 21 of the Chibok schoolgirls kidnapped by Boko Haram militants are currently with security services in Maiduguri, Borno state capital.

“It is understood the girls are being held by the security services in the north-eastern city of Maiduguri”, BBC reported.

It is exactly 913 days since the terrorists group kidnapped about 200 girls in Chibok community, Borno state.