Politics Budget: See How Much FG Has Spent In the Last 9 Months

For Sale - One Bedroom Executive Flat - Lagos (NGN37m)
✅ NEW - car park, swimming pool, 24 hours light/security and more.
Ad
In the first nine months of the year, the Federal Government had spent N3.42tn out of the total N4.493tn spending approved in the 2015 budget.

These figures are contained in the Medium Term Expenditure Framework and Fiscal Strategy Paper (2016-2018) sent by President Muhammadu Buhari to the National Assembly. 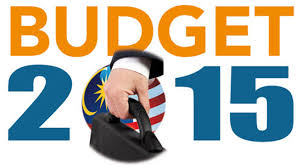 The document was approved by the Federal Executive Council on Monday and sent to both chambers of the National Assembly on Tuesday for deliberation and approval.

In the MTEF, a copy of which was obtained by BusinessDay, the Federal Government said the N3.42tn was spent on both recurrent and capital expenditure in the nine-month period.