The President also had a private meeting with The Minister of Justice and Attorny-General of the Federation, AGF, Abubkar Malami who is a member of the panel headed by Vice President Yemi Osinbajo.

The meeting is coming baring any last minute the Presidential committee investigating suspended Secretary to the Government of the General of the Federation, SGF, Babachir Lawal and the Director-General of the National Intelligence Agency, NIA, Ayo Oke would submit its report. 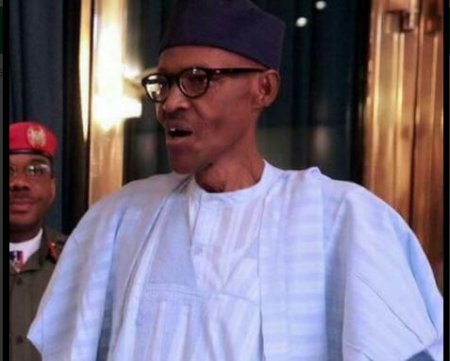 Mr. Malami dropped the hints on Tuesday while speaking to State House correspondents after a private meeting.

He however refused to speak on whether the committee would yield to the calls of not making the report public, saying “it will be preemptive”, as the committee’s 14 days life span is yet to elapse.

Curators
Good news but he should address the nation.
P

curator said:
Good news but he should address the nation.
Click to expand...

We should his pictures, first.

Buhari will address the nation on May 29.

They should make sure they charge his batteries well well this time to avoid running down again, wellcome back sir. Sai baba

We don hear. What is the meaning of "...in a private meeting" ie Still meeting behind close doors and windows, no be so? We concrete evidence, abeg.