Curators
FREE Nigerian Business Directory
✅ NEW - get your business listed and your information shared across social media.
Ad
The Governor of Ekiti, Ayodele Fayose, says President Muhammadu Buhari has now become a part-time and ceremonial President who is only seen during the Friday Jumat service at the Presidential Villa. 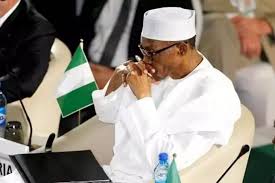 Speaking on Sunday, through his Special Assistant on Public Communications and New Media, Lere Olayinka, the governor said it was necessary for Nigerians to be properly informed about the well-being of their President.

Fayose, who said Buhari, like any old man, was susceptible to illness, said the President would do well to go and take proper care of his health and allow the Vice-President, Yemi Osinbajo, to constitutionally act as the President.

“But it is doubtful if those cabals that are obviously running their own Presidency within President Buhari’s Presidency will allow him to take a long vacation, probably outside Nigeria to take care of himself,” Fayose said.

He accused some close allies of the President of deliberately shielding him and preventing him from attending to his health so as to continue to run the government on the basis of “Mr President has directed” even when the President did not direct anything.

He said, “That’s why Nigerians are told every day that the President said this and that with the President neither speaking directly nor attending any official function. This is not good for the image of a country like Nigeria that is struggling to get out of economic recession.”

Fayose insisted that Nigerians must hear the voice of their President and see him physically, not through surrogates or the cabal operating behind the scene.

“It is only when the President is seen and heard physically that Nigerians will believe that they are not being ruled by a part-time and ceremonial President, whose powers are being exercised on his behalf by some cabal,” he said.
O

You made big point sire
O

The truth is that almost every sane Nigerians knw that but who will let cat out of the bag? This is not more of democracy.

Politics Why Buhari is not coming down hard on Kyari, Monguno – The Guardian Nigeria News