FREE Nigerian Business Directory
✅ NEW - get your business listed and your information shared across social media.
Ad
President Muhammadu Buhari may hand over the suspended Secretary to the Government of the Federation, Babachir David Lawal and the Director General of the National Intelligence Agency (NIA), Ayo Oke, to the Economic and Financial Crimes Commission (EFCC) after the three-man panel concludes its work.

The Special Adviser to the President on Media and Publicity, Mr. Femi Adesina, who featured on Sunrise Daily, a breakfast Programme on Channels Television in Abuja on Friday, said both government officials would be handed over to the EFCC if there is need for it.

Adesina also said it was right for Buhari to set up an investigative panel to look into the allegations against the SGF and the claim to the slush funds by the NIA DG. 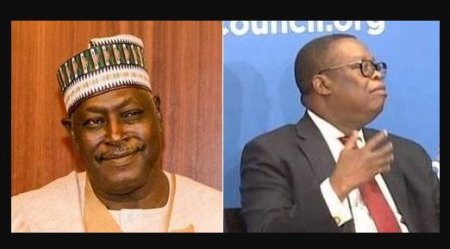 “The government believes that setting up an investigation at this time is right and government has the mandate of the people. It will not satisfy everybody but it does not matter.

“You will never win with some Nigerians, they will always find faults but then, government has been elected and government is in place to do certain things and government would do what it believes to be right at any given time.”

The presidential aide also said the Buhari administration’s anti-corruption fight had always been there.

“The anti- corruption war had been there. You don’t necessarily judge something by the volume of noise that accompanies it. For me as an insider I know a lot had been going. Allegations must always be investigated,” he said.
M

When will Buhari actually do something?