President Muhammadu Buhari, who is currently on a working visit to Kano state, says Nigeria is his problem.

Buhari said this at a dinner which the state government organised in his honour on Wednesday.

He promised to remain focused in order to restore the “lost glory” of the country.

Buhari said his administration would continue to accord priority attention to education so as to empower the youth and enable them to contribute their quota towards the development of the country.

“Nigeria is my problem,” he said.

“I will continue to do my best… I will remain focused to move the country forward.

“If you educate people, you empower them. So, we have to make a sacrifice to prepare the youth for the future.”

He expressed happiness over the reception accorded him and his entourage by the people of the state.

A mammoth crowd welcomed the president to the ancient city.

“I am overwhelmed by the massive turnout of people who left what they were doing to welcome me. This should be a clear message to the opposition,’ he said.

“The support has been consistent, so I don’t have words to express my appreciation to the people of Kano state.” 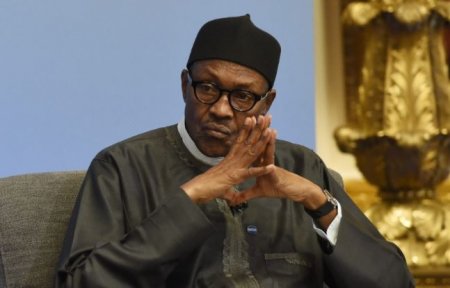 He congratulated Abdullahi Ganduje, governor of the state, for working very hard to “improve the living standard” of the people of the state through execution of projects that had a direct bearing on them.

The president described Ganduje as a good politician who worked closely with everyone, particularly representatives of the state at the state and national assembly.

Earlier, Ganduje said Kano government had been able to execute a number of projects, in addition to initiating various empowerment programmes for the women and youth.

He said as part of efforts to address unemployment, the state government awarded a contract worth over N2 billion for the construction of a skills acquisition training centre.

“The centre would soon be completed and put to use,” he said.

“We have a number of projects that are on-going and we hope you will visit the state in near future in order to commission such projects.”