FREE Nigerian Business Directory
✅ NEW - get your business listed and your information shared across social media.
Ad
President Muhammadu Buhari, has revealed why he is unable to prosecute the former minister of petroleum resources, Deizani Alison-Madueke and other petroleum workers over what he called lack of evidence.

According to Breaking Times report, the president stated this in an exclusive interview with Peter Okwoche of the BBC, after attending a conference on the ongoing Syrian crisis. 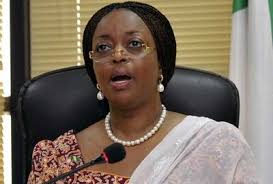 Okwoche in a series of tweets quoted the president to have said: “To prosecute corruption successfully we need evidence. That’s not easy especially in petroleum sector.”

President Buhari had earlier threatened to prosecute all those who dipped their hand into the nation’s wealth for private use and among those brandished and suspected to be prosecuted is Alison-Madueke. Time to close Abuja and lock everyone up please don't forget all GRAs around Nigeria.

Mr President, probe properties acquired during their term in office compared to their earnings.

I support that,Cus their crimes are not hidden,we all can clearly see there crime,nothing is hidden under the sun.To me Buhari just want them all not to suffer from high blood pressure but being strong to receive in fall their punishment.grafts Hmmm
P

wolepat said:
Mr President, probe properties acquired during their term in office compared to their earnings.
Click to expand...

But most of them are very smart than Nigeria .... they v pre-empt all these before acquiring those mansions and properties...

wolepat said:
Mr President, probe properties acquired during their term in office compared to their earnings.
Click to expand...

How many of the current government (ministers), governors, legislators, judiciary etc have declared their assets?

Nigerians will observe as usual.....
You must log in or register to reply here.