According to Independent newspaper investigation, the president is worried over allegations against Ibrahim Idris.

Prominent among them are allegations of corruption levelled against him by Senator Isah Hamman Misau, some serving police officers, as well as some lawyers. 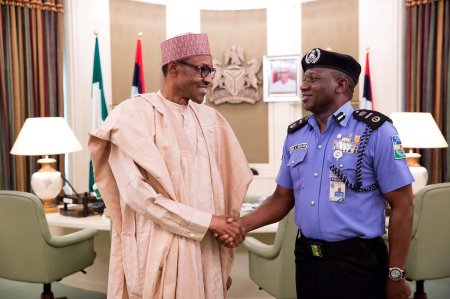 In addition, he is being accused of being sectional in the discharge of his national duty.

Some of the petitions are said to have been forwarded to President Buhari and to the anti-graft agency, the Economic and Financial Crimes Commission (EFCC).

A reliable source at the anti-graft agency hinted to INDEPENDENT that “though the presidency is yet to officially refer the case to us, we are already investigating the allegations based on petitions already with us.”

Force Public Relations Officer, Jimoh Moshood, a CSP, told INDEPENDENT on phone on, Sunday, that he was “not aware of any plan by the IGP to remove the vice president’s ADC,” adding, “The IG cannot tell me internal matters. I am the force public relations officer between the police and the public.”