Curators
Oby Ezekwesili, a former Minister of Education, and singer, BankyW, have taken to Twitter to react to the re-arrest of publisher and convener of the #RevolutionNow protest, Omoyele Sowore, from the Federal High Court in Abuja by DSS operatives on Friday morning, less than 24 hours after he was released on the order of the court. .

Ezekwesili in her reaction, said the President's show of power is alien to the constitution of Nigeria. She accused President Buhari of directly supervising the violation of the constitutional right of Sowore. 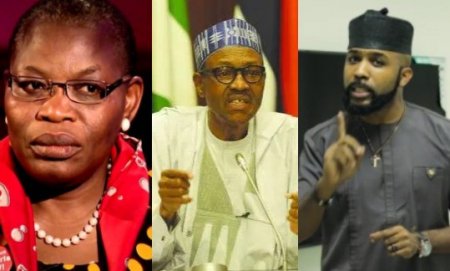