Curators
For Sale - One Bedroom Executive Flat - Lagos (NGN37m)
✅ NEW - car park, swimming pool, 24 hours light/security and more.
Ad
The Confederation of African Football (CAF) have announced Total as the official sponsor of the body for the next eight years. 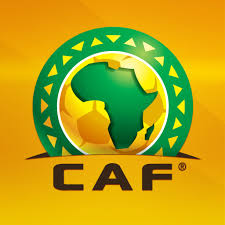 CAF, in its website on Thursday said that both bodies have reached an agreement that Total would support CAF’s ten principal competitions, starting with the upcoming Africa Cup of Nations (AFCON), It said that the AFCON which would hold from Jan. 14 to Feb. 5, 2017 in Gabon would be renamed as the Total Africa Cup of Nations.

According to CAF President, Issa Hayatou, the partnership is a plus for football development in Africa.

“This partnership is a major milestone in our ongoing search for additional resources to accelerate African football’s development.

“It brings CAF governance up to date, upgrade its sports infrastructure and advance its performance globally

The statement added that the scale and duration of this sponsorship reflect Total’s strong roots in Africa, with operations in more than 40 countries. It said that the company was a major contributor to the continent’s economy.