FREE Nigerian Business Directory
✅ NEW - get your business listed and your information shared across social media.
Ad
The Cross River Police Command has confirmed that nine people died in a fire outbreak that occurred at Linc Oil and Gas tank farm at around on Sunday morning.

Hafiz Inuwa, the state commissioner of police, confirmed this in an interview with NAN at the scene of the incident.

Inuwa said “several other persons” sustained injuries in the explosion and are currently being treated in an undisclosed hospital in Calabar.

He added that the manager of the depot is yet to brief the police on what led to the explosion.

“Up until now, nobody has come out to tell us that this is what caused the fire outbreak,” he said.

“We have gone round, we have done what we can do but investigation will later reveal what actually led to the explosion.

“For now, nine people are confirmed dead and many others who sustained different burns are currently receiving treatment in one of the hospitals around town.” 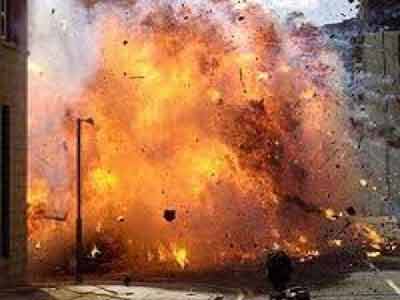 NAN reports that officials from the Cross River emergency management agency are on ground to assess the extent of damage caused by the explosion.

The fire outbreak was said to have also affected the high tension cable connecting the depot’s electricity transformer, “while two vehicles and other important equipment were also burnt to ashes”.

NAN reports that the depot manager “refused” to speak with journalists, but that a staff who spoke on the condition of anonymity said the fire incident occurred when old product in the tank was being discharged.

“As we speak right now, the vessel that brought in our new product is just by the port here. Some of our staff were discharging the old product from the tank with a view to bring in the new one when the fire outbreak occurred,” he was quoted to have said.