Politics Can President Buhari be trusted on RUGA?

Sort by date
There has been a big push back from all regions against the proposed 'RUGA' settlements (Ranches) across Nigeria. There are several questions that one needs to get a handle on:
There are quite a few discussions and interviews with Nigerian social and legal experts in Nigeria. Here are a few links: 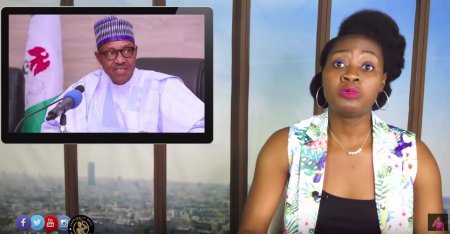 Nigeria's President Muhammadu Buhari has approved Ruga settlements across the 36 states for herdsmen. This means that states would give out lands which will serve as settlement for herdsmen. 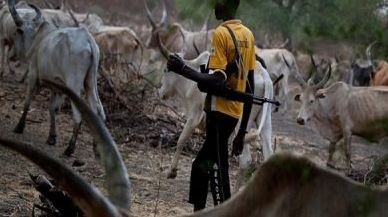 Garba Shehu, presidential spokesman, says the proposed “Ruga Settlement” is not for herdsmen alone. Reacting to the widespread opposition towards the project, Shehu denied that the federal government has the plan to forcefully take lands from some states. “Ruga Settlement seeks to settle... 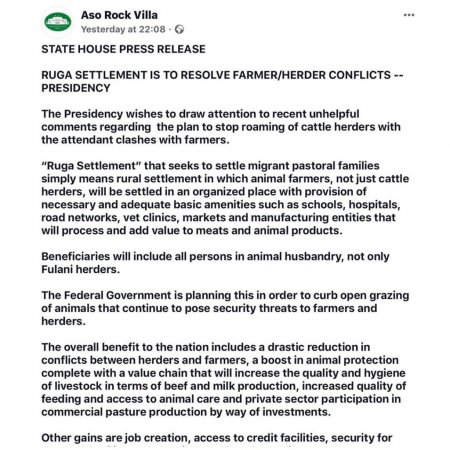 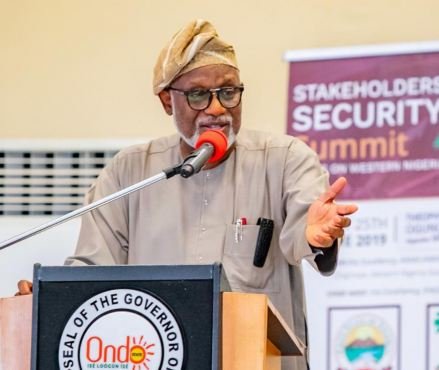 We Have Ranches To Cater For Over 5,000 Cows, No Need For Ruga Settlements -Governor Akeredolu – Sahara Reporters - Nigerian Bulletin - Naija Trending News

Rotimi Akeredolu, Governor of Ondo State has kicked against the proposed Ruga settlements for herdsmen across the country. Akeredolu said the Ruga settlements, initiated by the federal government cannot be in the interests of Ondo state as the lands in the state had been earmarked for forest... 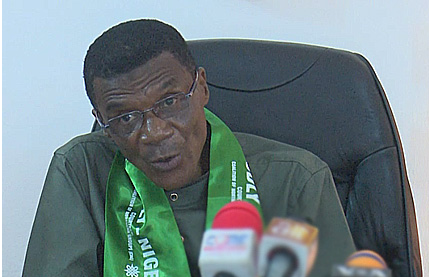 Coalition Of Northern groups tells Governors: ”Accept RUGA within 30 days or we will resort to our next line of action” (video) – Linda Ikeji’s Blog - Nigerian Bulletin - Naija Trending News

Coalition Of Northern groups tells Governors: ”Accept RUGA within 30 days or we will resort to our next line of action” (video) A coalition of Northern groups have issued a 30-day ultimatum to different state governors who are opposed to the RUGA settlement program, to reconsider their … Read...

My opinion on the issue of RUGA, RUGA is not all about cattle grazing but a plore for the north to b in power perpetually, RUGA is not a Buhari agenda but the agenda of the power crazy northern godfathers who in their own mind have biased mindset stemming from the Colonial adjudication of power to the North.
Anyone thinking of RUGA as just cattle graze is shallow in thinking, RUGA is a political agenda to keep the North in the seat of power indefinitely n a means to oppress other geo-political zones.
If a may ask.....what is the meaning of North Central state, these people gave it to us n we swallow without questioning. There is nothing called North Central, it's only central, central is central. So just the way they took the central n made it north-central so also the are gradually moving into the south n at the end, the once country called Nigeria will now be Islamic State. Still, have a lot to say but stop here for now.
0
A

To my understand that may reduce some conflict herdsmen and Fulani in Nigeria and neighbouring countries in general.
Show hidden low quality content