Labinjo won the election by polling a total of 31 votes from the total of 72 votes cast to emerge tops from the election, which took place on Friday at the Rockview Hotel, Apapa, Lagos.

Mr Greg Ogbeifun had 23 votes, while Mr Temisan Omatseye, a former Director-General of the Nigerian Maritime Administration and Safety Agency (NIMASA) came third with a total of six votes.

12 votes were voided due to some irregularities like double thumb-printing.

The position of the General-Secretary was won by Mr Tunji Brown, who polled a total of 34 votes against Ayorinde Adedoyin’s 25 votes.

Mr Emmanuel Ilorin emerged as the Publicity Secretary with a total of 43 votes, as the two other contestants in the category polled 15 and 10 votes respectively.

The position of Welfare Officer was won by Mr Adu Gbolahan with 40 votes, while Mr Peter Olorunfemi became the Treasurer with a total of 52 votes.

Mrs Oruware Etete, NIMASA’s Director of Cabotage, represented the Director-General, and she acted as the returning officer of the election, which was conducted by NIMASA. 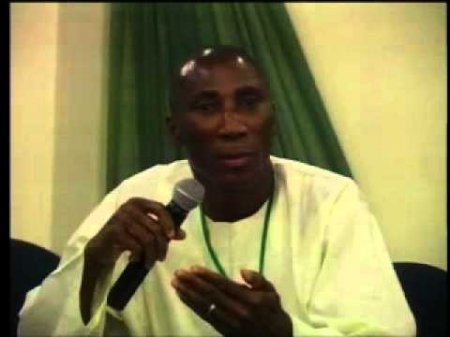