According to PREMIUM TIMES, the traditional ruler was hosting a reconciliation meeting between Maku, Ewuga and Mamman, who are currently aspiring for the Nasarawa state governorship seat under the platform of the Peoples Democratic Party, PDP when the youth, who trooped to the palace in their hundreds, set ablaze a Toyota Corolla belonging to Chris Mamman

Maku managed to escape from the venue unhurt. It took police intervention for Ewuga and Mamman to escape the irate youths.

A resident who spoke to the press claims that the youth were angry with Mamman’s decision to contest the election. 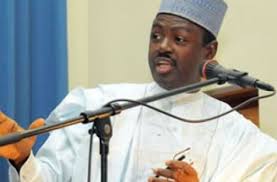 Jul 18, 2014
abujagirl
A
A
Politics FG not Behind Al-Makura's Impeachment Saga in Nasarawa – Maku says at Rally