Curators
FREE Nigerian Business Directory
✅ NEW - get your business listed and your information shared across social media.
Ad
Pope Francis has said he is willing to consider ordaining older married men as priests in isolated communities, but has ruled out making celibacy optional to tackle a shortage of clergy. 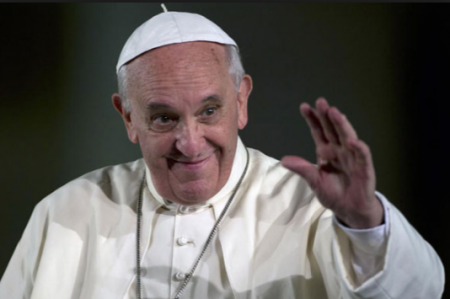 The shortage has prompted calls from some progressives to end the ancient tradition of celibacy for Roman Catholic priests.

Such a move would represent revolutionary change for the Catholic Church and would likely face massive resistance.

Reformers, however, have long suggested that the Vatican could ordain "viri probati" -- Latin for men of proven character -- who tend to be older, with grown-up families if married.

In an interview with Germany's Die Zeit newspaper, the pope said this option could be considered.

"We have to give a thought to whether viri probati are a possibility. We then also need to determine which tasks they could take on, such as in isolated areas, for example," he was quoted as saying.

He ruled out, however, opening the priesthood to all married men or watering down the Catholic Church's commitment to celibacy, which is seen as a virtue that frees priests to devote their lives fully to serve God.