A scandal-ridden Catholic diocese in Italy where priests posted naked photos of themselves on gay websites, raided church coffers and sexually harassed parishioners is to be investigated by a special envoy to Pope Francis. The Pope reportedly intends to send an “apostolic administrator” to assess allegations that the diocese of Albenga-Imperia, in the Liguria region of northern Italy, has hosted a string of “playboy priests” moon-lighting as barmen, stealing parish funds and getting tattooed.

Described by one Italian newspaper as “the most gossiped about diocese in Italy”, it has been run for the last 25 years by Bishop Mario Oliveri, 70. He is expected to be replaced in the near future by an auxiliary bishop, according to Il Secolo XIX, the region’s main newspaper. Pope Francis has already sent Adriano Bernardini, an apostolic nuncio, or ambassador, to conduct a preliminary investigation into the scandals thay have allegedly unfolded under Bishop Oliveri’s watch.

The bishop himself is not accused of any wrongdoing, but is reported to have been overly-charitable in recruiting “black sheep” priests with distinctly chequered pasts, including trainee priests expelled from seminaries for misconduct. They include a priest who was found guilty of organising an under-age prostitution ring and others who posted nude photos of themselves on Facebook and gay websites.
Priests in the diocese have been accused of sexually harassing parishioners, living with gay partners and stealing Communion money. 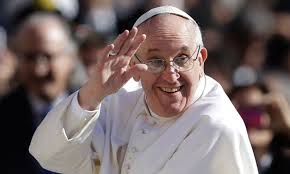