Acting Director, Corporate Communications, CBN, Isaac Okoroafor stated this when he featured as a guest on Arise News Network, owned by THISDAY.

He gave the assurance that with the gradual improvement in local production and the economy in general, the value of the naira measured against the United States dollar would strengthen.

Recall that the CBN had, last week pegged the exchange rate for payment of the school fees, and personal travel allowance (PTA) and medicals at N375 to the dollar. 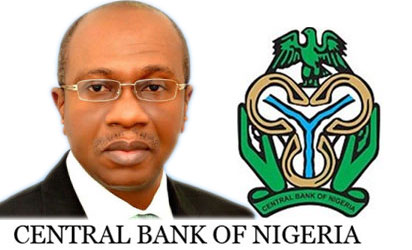 This new rate as quoted by a source will take effect from Monday, today.

According to Okoroafor, “The Central Bank of Nigeria has taken a decision to directly fund banks with additional foreign exchange to be able to take care of some personal travel allowance, school fees and medical payments. With that, we have tried to set an exchange rate for those transactions at 20 per cent above the interbank rate – that is, 20 per cent above the interbank rate that ranges between N305 and N315.”

The CBN spokesman advised Nigerians, who have legitimate reasons to procure forex to approach their banks, where their needs would be cater for rather than go to the parallel market. “The banks have been directed to sell to all the people that will come up for it and they actually have been directed to open up avenues at the airport so that they can deal with these demands,” he explained.