Politics CCT Adjourns For One Hour On Saraki's Plea

Nigeria's CCT has adjourned for one hour to decide on Saraki's plea for stay of proceedings till outcome of his appeal. 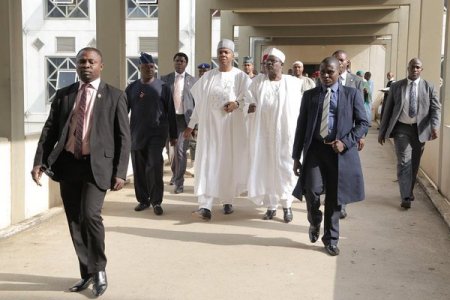 Magaji stated that the appeal at the apex court followed a split judgment of the appeal court, which dismissed Saraki’s application to stop his trial at the CCT for lack of merit on October 30. “We urge your lordship to adjourn this matter pending the hearing and determination of our case at the supreme court,‎” he said.
Share:
Facebook Twitter Reddit WhatsApp Email Link
[1716]
Show hidden low quality content