For Sale - One Bedroom Executive Flat - Lagos (NGN37m)
✅ NEW - car park, swimming pool, 24 hours light/security and more.
Ad
In spite of the current hope that the negotiations between Nigeria and the Boko Haram militants will see to the beginning of peace, Sahara Reports has begged to differ, citing intelligent reports from the Nigerian military that show the sect may well be on the verge of launching a flurry of deadly attacks in the North.

In a reportedly exclusive obtained by the citizen journalist e-newspaper, Sahara reporters said that the attacks were planned for Borno, Adamawa, Yobe, Bauchi, Gombe, Bauchi and Taraba states.

The report goes on to note that the "the same pattern of attacks (will be executed) in Kano, Katsina, and Kaduna, and across Plateau, Benue, and Niger states, using several fronts and disguises in order to create monumental instability in Nigeria."

The source is reportedly a senior intellignce officer, and is quoted as saying: “I can tell you that despite all these talks, we are in receipt of intelligence reports heralding simultaneous attacks across the north with the aim of bringing the region down at a go.

“They intend to make it wide and to stretch us beyond capacity with deadly attacks across the north; we are in receipt of other details about their fortified capacity and movement across Mali, Niger, Libya, Somalia, Cameroon and Chad axis to get us on all angles.

“Many confessions of those we arrested at different battles zones and entry points into the country corresponded with the intelligence reports at hand.” 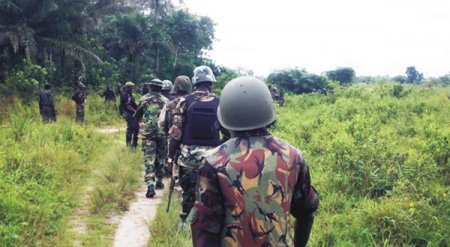