Charles Okah, alleged mastermind of the 2010 Independence Day bomb blasts in Abuja, has embarked on hunger strike in protest of his alleged ill-treatment by officials of Kuje Prison.

Okah who has been in prison custody since 2010 has also threatened to file a suit demanding N5 billion damages from the Federal Government.

Disclosing this in a letter by his counsel, Timi Okponipere, dated January 21, which was addressed to the Minister of Interior, Abdulraman Dambazau, Okah claimed that the officer in charge of the Kuje Prison, Musa Tanko, has persistently harassed and intimidated him. 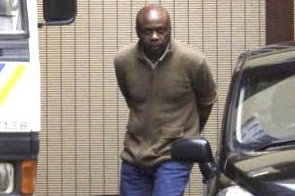 The letter reads, “At the time of writing this letter, our client is as emaciated as a bean pole on account of the hunger strike he has embarked upon, to draw global attention to his plight,”

“Figuratively speaking, our client is virtually a dead man. If our client dies in prison custody, the entire world, particularly the Ijaw nation and the Niger Delta where our client hails from, shall rise in unison against President Muhammadu Buhari’s government, even as we concede the fact that, our client’s ordeal began during the tenure of former President Goodluck Jonathan, a fellow Ijaw.”