For Sale - One Bedroom Executive Flat - Lagos (NGN37m)
✅ NEW - car park, swimming pool, 24 hours light/security and more.
Ad
Lately I have been thinking and visualising all the jagbajantis going on in the legislative branch of our government and Na vex just dey worry me. See as some people dey prance around like dem be Kingcon, I just dey sorry for us. Shey una dey follow the twin issues of EFCC’s Ibrahim Magu and Col. Hameed Ali (Rtd). Una see the drama? 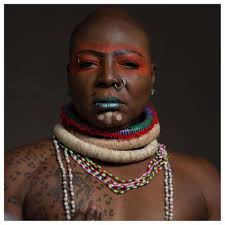 These Sinators abi na Legislooters do not even understand why they are supposed to be the closest politicians to the people and if Integrity is the yardstick, which of the sinators is capable of standing in that chamber when most of them deal in deceit and sustained inhumanity to the average Nigerian.

The audacious impunity of these supposedly honourable lawmakers is one of the failings of politics in Nigeria.

If the senate rejected Magu because of the two controversial letters or the report from the DSS and they have the right to this; what was the reason for the second rejection? Watching the whole process of dramatized insanity by Sinators; you would actually believe there was a new DSS report. Unending drama.
There was none and the DSS simply referenced the old report that the President directed the Attorney General of the Federation to Investigate, and Ibrahim Magu was given the opportunity of a fair hearing to defend himself and he did. When the President re-submitted Ibrahim Magu’s name, he referenced not only the letter of rejection from the Senate but noted that the Issues raised had been investigated and the AGF had given the all Clear.

So what was the Dramatization all about? Make I no lie, most of these sinators are petty and mindlessly incapable of providing legislative leadership.

Sinators using integrity as the yardstick for rejecting Magu is not only laughable, but it is deceptive and hypocritical. Most of these yeye sinators have failed as governors, businessmen and women, ministers, commissioners and politicians. But because of corruption, they have always managed to keep themselves in the corridors of power as they continue to loot and chop. Weytin else dey rain for them? They have cases of corruption trailing them like flies on shit. In my books, they represent the worse of the Nigerian humanity and typifies the crazy insanity that has become dishonourable members.

Most of these senators who have no sense of Nationalism will do anything to destroy the country and they have not even started but we the people must be prepared to stop them.
The only force capable of defeating and running these yeye senators out of town is the force and energy of the frustrated, hopeless and vexed Nigerians, because me I just tire for most of these riffraffs.

I Support #OCCUPYNASS but are Nigerians Ready?

The case with Col. Hameed Ali is just a bit childish for me. Na weytin Sef?
What has wearing of uniform got to do with the job of the Comptroller General of Customs?

Both Hameed Ali and Ibrahim Magu seem to be doing well in the EFCC and Customs that the sinators probably are afraid that the evil that Politicians do will live with them today. Why are the Senators afraid? Politicians do not want to face the consequences of their actions and they do not want Government to Work for the People and I can't say that I am surprised.

#OurMumuDonDo; All whistle blowers, wipp out your whistles, its time to make some noise. If the people will not rise up and fight Injustice; they will never be served properly by politicians. I am ready to fight. I am ready to #OccupyNass; I am Ready to hold the Line and get Nigerians to hold Senators accountable.
My fear is not death; My fear is not the bullet that will silence me; It is the inability of the suffering docile Nigerian to wake up from their mental slavery, It is the inability of the Nigerian people to fight for their rights; It is the Insanity of the evil demonic politicians who offer nothing to the average Nigerian but use them as Political pawns that I am afraid of.

We MUST begin to mobilize for the good of this country; or else most Nigerians go chop sand sand before this year end. So join us at www.ourmumudondo.org as we lead the Revolution of the willing. The Senate is not a friend of the people; they are our enemies; Politicians are not friends they are our enemies and the fight against the evil in our country that have bastardized our Humanity must be fought with dedication, determination and desire to see real change.

C
Entertainment “Burna Boy, Davido and I are just scratching the surface, the next Generation will take it next level”-Wizkid – Jaguda.com

May 21, 2021
Chinedu Iroka
C
C
Metro Magu: Why I did not honour Code of Conduct Bureau’s invitation – P.M. News