Hazard and Nemanja Matic scored late goals as Chelsea overcame Tottenham to give the Premier League leaders a huge boost. 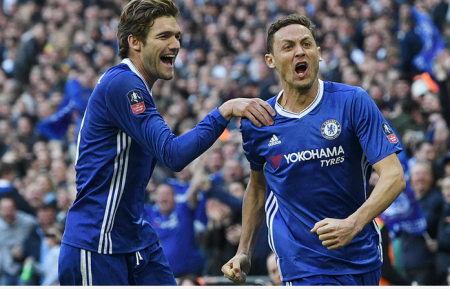 Tottenham twice fought back from being behind as Willian’s early free kick and then his penalty before half time put Chelsea ahead.

But Harry Kane and then Dele Alli levelled things up and Tottenham looked in complete control with Chelsea on the ropes.

But the introduction of Hazard, Diego Costa and Cesc Fabregas changed the game completely as Conte’s substitutions hit the jackpot.
PLACE YOUR ADVERT HERE
Connect with sports news readers!