Chelsea confirmed on Monday that Italy coach Antonio Conte will take charge at Stamford Bridge in time for next season.


Here AFP Sports looks at five things the former Juventus boss must focus on to get the troubled Premier League club back on track:

5. Make up for a misspent youth

With owner Roman Abramovich reportedly unhappy with Chelsea's failure to produce more homegrown talents despite his huge investment in the youth academy, Conte could earn some early praise from his employer by unearthing a gem or two among the youngsters learning their trade at the club's leafy Cobham headquarters. 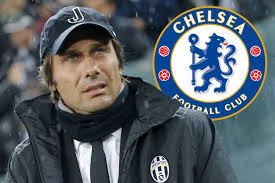 Incredibly, John Terry remains the last product of Chelsea's youth system to successfully establish himself as a first-team regular with the Blues.

Conte would be wise to try to make the most of promising midfielder Ruben Loftus-Cheek, 20, and other more untested but highly-rated youngsters like Charly Musonda, Lewis Baker and Dom Solanke.

K
Sports Liverpool Vs Chelsea: 5 Things You Need To Know Ahead of Tough EPL Clash