The Attorney General of the Federation and Minister of Justice, Mr. Abubakar Malami, SAN, Tuesday, said President Muhammadu Buhari's administration would do everything within its power to ensure the safe return of the over 200 missing Chibok ‎girls.

The girls were in April 2014, abducted from the Federal Government Secondary school, Chibok, Borno State, by members of the Boko Haram terrorist sect. 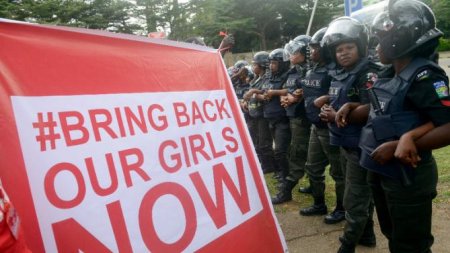 Malami, who spoke when the BringBackOurGirls campaign movement visited his office in Abuja yesterday, described the abduction of the girls as “tormenting and psychologically traumatising” for the nation‎.

“The government of President Muhammadu Buhari has demonstrated sufficient skill and commitment to the protection of lives and property within the shortest practicable time of coming into existence, it has recorded tremendous success including confronting Sambisa forest head-on with the hope rescuing the Chibok girls.”
Share:
Facebook Twitter Reddit WhatsApp Email Link
[1623]
P

Seem like the group and the government is considering a return after long vacation.
Show hidden low quality content